Also, the Moon orbits the Earth on an orbit which can be quite well approximated by an ellipse. This means that sometimes it is father away from the Earth (farthest point being named apogee) and sometimes closer (closest point named perigee). The numbers for this would be: average distance - 384 399 km , apogee distance - 405 410 km and perigee distance - 362 570 km, only a 14% difference between the farthest and closest points! :)

To put in in context, the Wikipedia animation below shows the Earth, Moon and their average distance to scale (with the yellow line simulating a beam of light travelling from Earth to the Moon in real time). I placed the arrow about where the perigee of the Moon would be.

Imagine yourself noticing from 100m away that a plant has grown from 45cm to 48 cm, seeing it one month after the first time. Most people will definitely not notice the size difference, but the power of suggestion is strong enough that it might really seem that it is smaller, or larger (depending on what that person was told).

It is quite fashionable today for the mass-media to report the weirdest things and not discriminate between being informative and the opposite. We will most likely have this "supermoon effect" for the next years, just as we have the "Mars Hoax" every late august since 2003, when Mars came closest to Earth in many years (still some 55 million km away though).

Speaking of weird things that some people say without any kind of research whatsoever: do you remember the devastation that last year's March 19 brought? No? Well, the Moon was then even closer than now when full, yet nothing out of the ordinary happened. The March 11 Japan earthquake took place when the Moon was just leaving the apogee, being 398 000 km away. 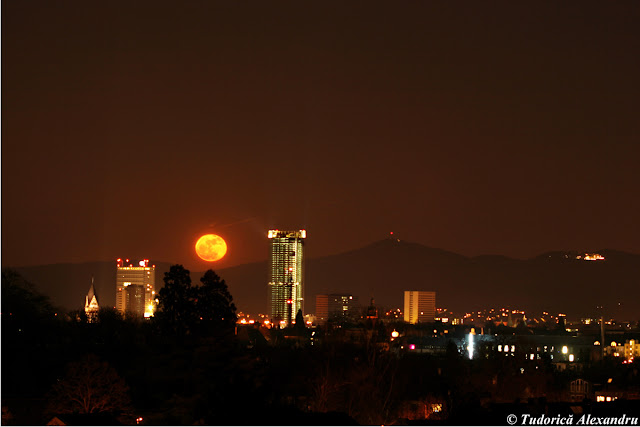 In conclusion: enjoy the Moon, whether it's half, full or a beautiful thin crescent and while thinking that some things in astronomy can only be measured with a more precise device than the human eye.