The comet season is here!


After the great comet of 2007, comet McNaught and the great comet of 2011, comet Lovejoy, we might be due to another Great One. Comet C/2012 S1 (ISON) was discovered on the 21st of September 2012 by Vitali Nevski and Artyom Novichonok, working with the International Scientific Optical Network (ISON). The preliminary orbit predicts that the comet will pass 1.8 million kilometers away from the Suns center and 1.1 million kilometers above it's surface on the 28th of November 2013.


This very close approach will melt and vaporize parts of the comet and it might develop a spectacular tail, with the potential of being much brighter that the Full Moon (some predictions reach magnitude -16). It is also well placed for observations from the Nothern Hemisphere, unlike the previous two great comets of this century. But let's not forget comet Kohoutek, which was another bright hope that ended in darkness: comets are notoriously unpredictable.

Just one more interesting "coincidence". The orbit of comet C/2012 S1 looks quite similar to that of the Great Comet of 1680. It might be that they had the same parent body, which fragmented a long time ago. Hopefully we'll have the fun Newton had while he observed it.

Right now it is beyond the orbit of Jupiter and looks like a very faint smudge at magnitude 17.5 V, but mark your calendars for late 2013 as you might be in for the show of a lifetime! 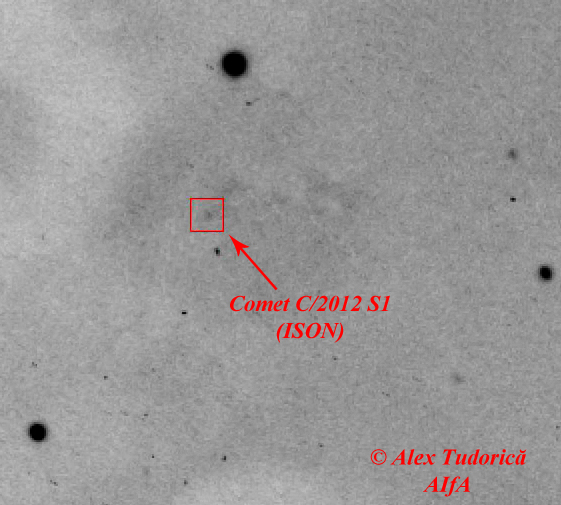 I observed this comet last night, with the 0.5m Argelander Institute telescope (as usually).

But there are other icy snowballs visiting the inner solar system :)

One of them is comet C/2010 S1 (LINEAR), now shining at magnitude 13.3. It brighten to magnitude 13 or so in mid-2013 an then it will slowly fade away. A much more discreet visitor than comet ISON! 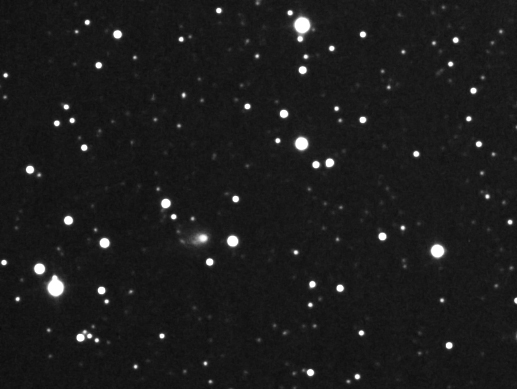 The second one is Comet C/2012 K5 (LINEAR), which will brighten to magnitude 8 in late December 2012 - early January 2013.  Right now it is at magnitude 11.1. Northern observers will have the best view, as it will silently slide from Ursa Major to Taurus in this time. As the comet was moving rather fast, I had to stack the images by centering all of them on the comet: that is the reason for which the stars look like trails while the comet looks just fine :) There was a gap in the observations and that's why the star trails come in pairs. 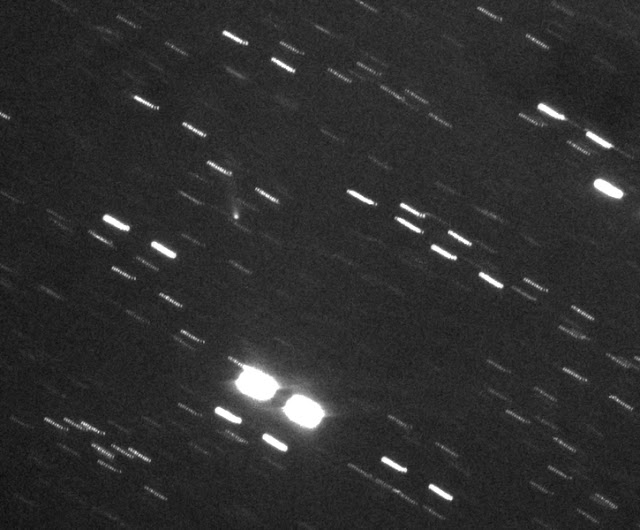 These last two comets were observed on the 24th of June 2012.

The comet C/2012 K5 (LINEAR) has indeed brightened up to magnitude 8 during the last few months. An animation of the comet sliding among the stars can be seen below. The magnitude of the nucleus only as reported by Astrometrica is 14.8 V.